IPTV hotel television systems can provide your property with many benefits, especially for new properties being built and properties where CAT5 cable can be run in place of coaxial cable. 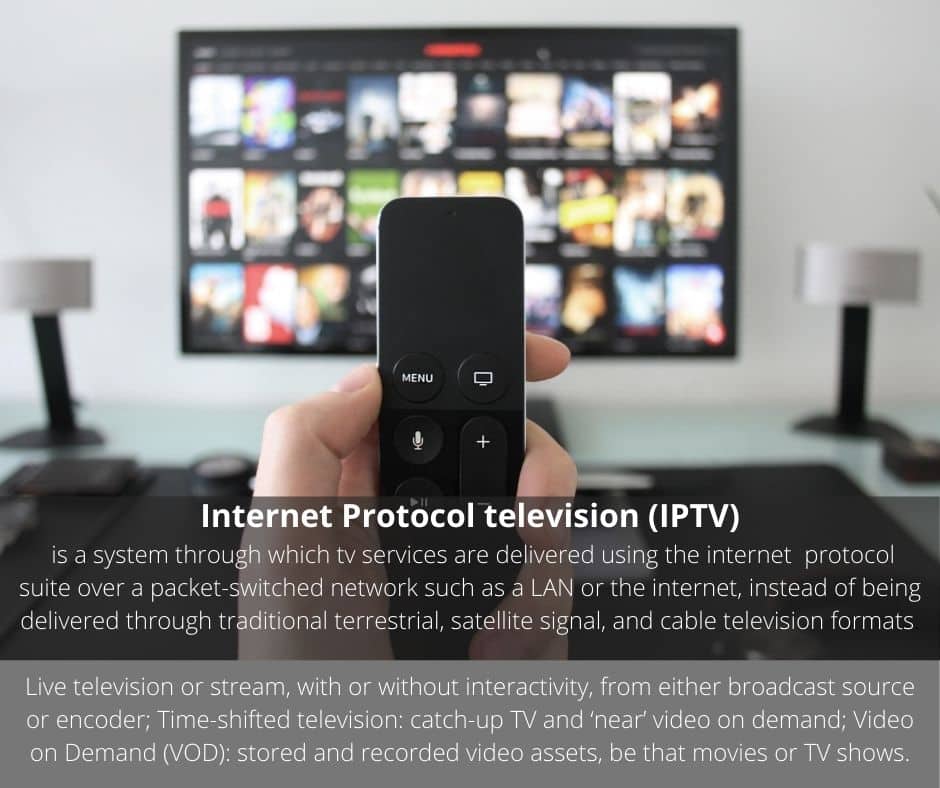 IPTV means Internet Protocol Television. This service is TV programming that is distributed from your television headend to your guest rooms via your hotel’s Local Area (data) Network or LAN via CAT 5/6 cable.

While in a typical COM3000 HD headend or L-band distribution hotel television system the TV programming is delivered from the satellite tv distribution headend system to your rooms via coaxial cable, both can be delivered via IPTV.

A Hotel IPTV system allows you to deliver your internet access and TV programming via the same cables on an integrated system, as well as delivering other services.

IPTV hotel television system will allow you to offer revenue generating content such as video-on-demand, as well as welcome screens and other locally generated content, guest messaging, billing and many other services directly through your television.

You get the benefits of latest IPTV technology to turn your hotel TV screens into personalized entertainment centers. Welcome your guests and promote your hotel brand, your services and other activities in your hotel or area.

Because our hotel IPTV systems are internet based, no smart cards or set-top-boxes are needed in the hotel rooms.

It’s All About Satellites is a innovator in IPTV Hotel Headend systems.  In 2011, we installed the 1st IPTV hotel television systems to utilize a COM1000 HD Headend* and Veramatrix digital rights management for the Route 66 Casino Hotel in Albuquerque, New Mexico.

Integrating IPTV with PMS and POS

In many cases, IPTV systems can be seamlessly integrated into your existing PMS system. Ask us about your particular PMS system.

If you don’t already have a LAN data network Its All About Satellites can install one for you. Then wherever you have an outlet you can connect a TV or a PC which can display the channels you choose with the same stunning DIRECTV digital picture quality.