The New DIRECTV COM3000 Headend by Technicolor is the latest in a line of revolutionary headend television systems from DIRECTV.  It is the smallest and most powerful headend TV system available for assisted living facilities, senior living facilities, healthcare, campuses, institutions, and other commercial applications.

The Start of the COM Headend System for DIRECTV

In 2009 Technicolor released the COM1000 for DIRECTV TV Systems. The COM1000 was a revolutionary HD headend system when it was introduced and changed the way TV was provided in assisted living and long term care facilities with over 250 rooms. It provided those facilities with a cost effective, single wire system.

Before the COM1000 was introduced in 2009, upgrading your TV system to HD was a costly, disruptive process. It was even more difficult for assisted living and long term care facilities with over 250 rooms or that do not have home-run type cabling throughout the property.

It’s a very real concern, because in a 24/7/365 industry you’re talking about disconnecting TV in every single room. Shutting down rooms is a major cost over and above the cost of the new TV system itself. The COM1000 provided a plug and play television platform that minimized downtime and dd not require leaving rooms vacant for installation.

The COM2000 continued DIRECTV’s leadership in commercial-grade TV system solutions for the assisted living and long term care industry, the hotel industry, hospitality, healthcare and for other lodging and institution properties. It allowed you to have up to 48 channels in a 3U chassis the size of a desktop computer laid on its side.

But with television programming packages from DIRECTV often including 100 or more channels, the COM2000 still had limitations. To provide your patients with a full package of channels they expect in your rooms because they have them at home, assisted living and long-term care facilities, hotels, and other lodging facilities were forced to stack COM2000 chassis to provide all the channels. 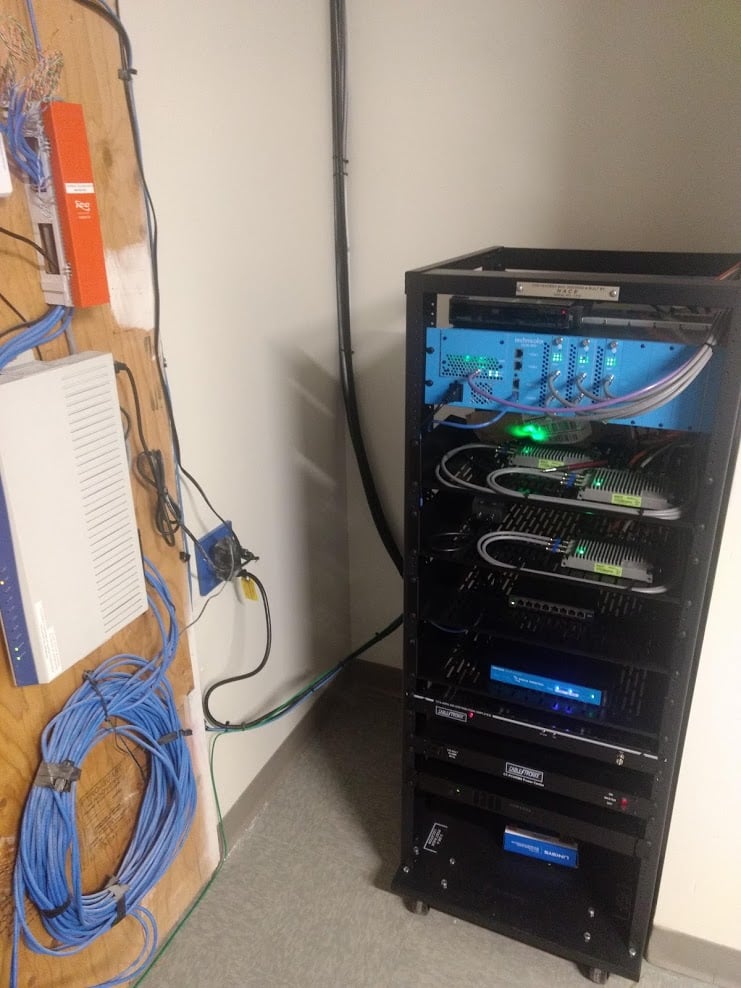 The DIRECTV COM3000 Headend from Technicolor takes the next step in providing the TV experience your patients are clamoring for.  AT&T continues to change the world of video with the launch of COM3000. This is the third generation of our DIRECTV for Business video headend. With it, businesses will get more channels than ever. Plus, they’ll find it’s easier to customize.

COM3000 Headend can deliver up to 138 HD channels, including 4K HDR programming.  And business owners can add channels one at a time, including their own in-house and over-the-top (OTT) channels.

Since the COM1000 was introduced for use on DIRECTV TV Systems, the competition has tried to copy it. Even expanding on the number of channels available in a single receiver card. Technicolor has packed access to up to 23 channels in a single COM51A receiver card. 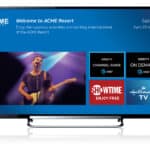 The COM3000 Gives your Assisted Living or Healthcare facility the ability to add your own channels to promote facility services and share information with residents.  Messaging on your community channels that can used for new tenant welcome, daily reality orientation, activities calendars, birthday or anniversary notices, interactive messaging, personalized or facility wide broadcasts and more.

Its All About Satellites – Authorized DIRECTV Dealer since 1996