More MWC Football and Basketball Coming in 2013 on DIRECTV 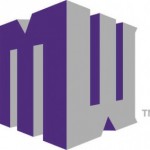 Now You Can See More MWC Football and Basketball on DIRECTV

LOBO Fans Rejoice. Now you will be able to see even more of your Lobos AND all MWC teams on DIRECTV!

March 26, 2013: The Mountain West Conference and ESPN have announced a new deal that will give Lobo fans and fans around the Mountain West the opportunity to see 16 more MWC football games and 31 more basketball games per season through the 2019-2020 season.

“The Mountain West and its member institutions are very pleased to be re-establishing a television partnership with ESPN,” said commissioner Craig Thompson. “We had a very successful relationship during the first years of the Conference and have stayed connected over the years through our bowl agreements and other interactions. This new agreement is mutually beneficial and offers great promise for the seasons ahead.”