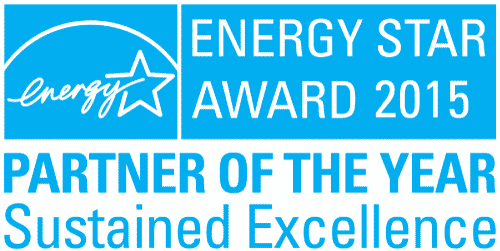 The U.S. Environmental Protection Agency (EPA) has recognized DIRECTV with a 2015 ENERGY STAR Partner of the Year – Sustained Excellence Award for its outstanding leadership in protecting the environment through superior energy efficiency achievements. An ENERGY STAR partner since 2009, DIRECTV will be honored for its long-term commitment to energy efficiency in Washington, D.C. on April 20, 2015.

DIRECTV earned its EPA award for consistently delivering the most efficient set-top boxes to its customers, educating consumers on whole-home solutions, and developing innovative partnerships with utility companies to upgrade older receivers to more efficient models.

In the U.S., DIRECTV reached a major milestone last year. For the first time since 2010, all new receivers purchased in 2014 were ENERGY STAR certified. DIRECTV customers have saved billions of kilowatt-hours of electricity and hundreds of millions of dollars since 2009. The total energy consumption of all active deployed receivers is down 8 percent since 2012.

Over the last year DIRECTV has made significant contributions to energy efficiency, including:

“DIRECTV stands alone among television providers in receiving the Sustained Excellence Award,” said Romulo Pontual, executive vice president and CTO of DIRECTV. “DIRECTV’s engineering team was key to ensuring that all of our products met the new ENERGY STAR 4.1 requirements and it’s rewarding to see the impact we’ve made through our hard work and unparalleled leadership in the industry. We are proud to be recognized by the EPA for the sixth consecutive year and will continue to improve our environmental efforts in the years to come.”

“Through their sustained participation with ENERGY STAR, DIRECTV is helping Americans save money, save energy, and do their part to reduce our nation’s greenhouse gas emissions that fuel climate change,” said EPA Administrator Gina McCarthy. “I applaud DIRECTV for earning EPA’s highest ENERGY STAR award, the 2015 Partner of the Year – Sustained Excellence Award, demonstrating a strong commitment to energy efficiency and to preserving a healthy planet for future generations.”

The 2015 Partner of the Year – Sustained Excellence Awards are given to a variety of organizations to recognize their contributions to reducing greenhouse gas emissions through superior energy efficiency achievements. These winners have reduced greenhouse gas emissions by setting and achieving aggressive goals, and employing innovative energy efficiency approaches. These awards recognize ongoing leadership across the ENERGY STAR program, including energy-efficient products, services, new homes, and buildings in the commercial, industrial, and public sectors.

For a complete list of 2015 winners and information, and more information about ENERGY STAR’s awards program, visit www.energystar.gov/awardwinners