Jul 7, 2014 | DIRECTV for Residential, Its All About Satellites Newsletter, NFL Sunday Ticket

Dominate Your Fantasy League this Season with DIRECTV FANTASY ZONE 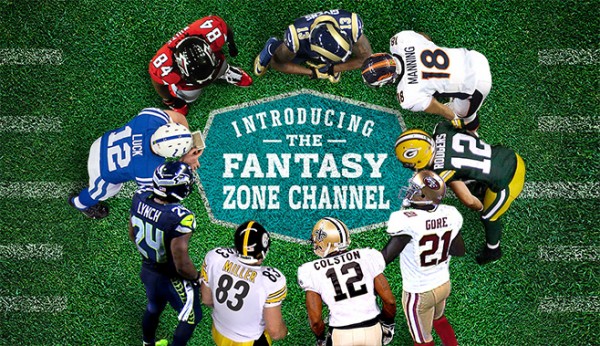 DIRECTV continues to step up its game for legions of fantasy football players across the country with the DIRECTV FANTASY ZONE channel, a live fantasy football show available exclusively to NFL SUNDAY TICKET MAX subscribers every Sunday afternoon during the coming NFL regular season.

Hosting the show will be Kay Adams, NBC Sports and Rotoworld.com analyst, and Dhani Jones, former NFL linebacker, who will serve up fantasy football commentary and analysis throughout the full slate of Sunday afternoon NFL games. The show will also feature fantasy football expert John Hansen, well known as an elite fantasy football analyst through his work on SIRIUS XM’s fantasy sports radio and at FantasyGuru.com.

Rounding out the DIRECTV FANTASY ZONE team, Dr. Mark Adickes, M.D., an acclaimed orthopedic surgeon and former offensive lineman for the 1991 Super Bowl-winning Washington Redskins, will provide expert analysis regarding injuries and their impact on fantasy teams during the season.