Aug 5, 2014 | DIRECTV, Its All About Satellites Newsletter 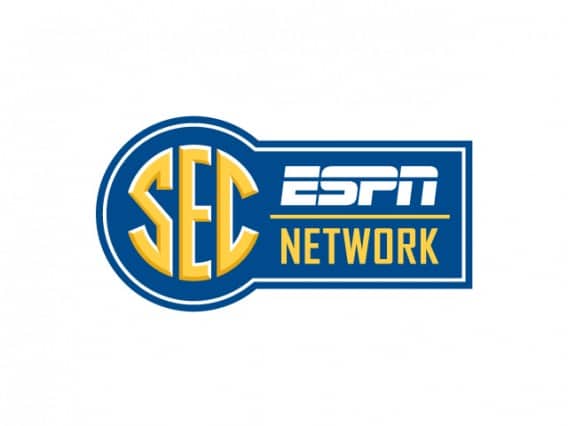 DIRECTV and ESPN have entered into an agreement for DIRECTV to provide the new SEC Network to fans and followers of the Southeastern Conference when the network launches Aug. 14. The first college football game on the new network will air Aug. 28 featuring #20 Texas A&M vs. #9 South Carolina.

“The SEC boasts powerhouse athletic programs, especially in football, representing deeply loyal communities, many of which do not have any professional teams,” said Dan York, DIRECTV’s Chief Content Officer. “The depth of SEC competition and the quality ESPN brings to game production and complementary programming makes SEC Network a valuable addition to our sports programming lineup, and we’re excited to bring it into our customers’ homes and on their devices.”

“Our agreement with DIRECTV continues to push the SEC Network towards one of the most successful network launches when it debuts on August 14,” said Sean Breen, Disney and ESPN Media Networks Senior Vice President, Affiliate Sales. “We’re proud to deliver the SEC Network nationwide via DIRECTV in advance of the Texas A&M and South Carolina game later this month.”

SEC Commissioner Mike Slive said, “With opening day now firmly in sight, we are happy to count DIRECTV, the country’s largest satellite provider, among our many distributors for the SEC Network. The SEC is home to the most passionate fans in college sports, and I am pleased to have such a wide distribution by launch date for the benefit of SEC fans everywhere.”

“With the launch of SEC Network just days away, we look forward to serving these legions of current and prospective students, alumni and loyal supporters with quality content and coverage nationwide,” added Justin Connolly, ESPN Senior Vice President, College Networks.

The Southeastern Conference and ESPN have signed a 20-year agreement through 2034 to create and operate a multiplatform network that will launch August 14, 2014. The new network and its accompanying digital platform will air SEC content 24/7 including more than 1,000 events in its first year. The network will televise 45 SEC football games, more than 100 men’s basketball games, 60 women’s basketball games, 75 baseball games, and events from across the SEC’s 21 sports annually. Programming will also include in-depth commentary and analysis in studio shows, daily news and information original content such as SEC Storied, spring football games, and more. Hundreds of additional live events from various sports will be offered exclusively on the digital platform.